On November 12, 1991, a young murdered student was buried in the cemetery in Dili. As the procession entered the cemetery, the army opened fire with machine guns, killing 271 and wounding an unknown number. When the massacre became known, Portugal called on the EU to cut off trade relations with Indonesia, which as a member of ASEAN had a preferential agreement with the EU. At the same time, the UN Security Council was asked to meet. At the same time, the UN was condemned for not taking a similar position vis-à-vis Indonesia as it did to Iraq when that country invaded Kuwait in August 1990.

A parliamentary delegation visit in early November was also canceled when Indonesia refused Australian journalist Jill Jolliffe’s entry permit. She should have followed the delegation.

Leaders of the East Timorese opposition have criticized the United States, Australia, the Netherlands, Japan and other countries with significant economic interests in Indonesia for cooperating with Jakarta to proclaim the genocide and get the international press to silence the situation. At the end of 1991, it was condemned in Portugal that in December 89, Jakarta and Canberra had signed an agreement with 12 companies on the extraction of about 1 billion barrels of oil from the Timor Sea. The list of companies includes by Royal Dutch Shell (with British and Dutch capital) and the North American Chevron. Then followed 6 Australian companies, the Japanese Nippon Oil as well as Phillips Petroleum, Marathon and Enterprise Oil Company. Furthermore, Australian Government spokesmen stated that it could not support the imposition of sanctions on Jakarta.

In East Timor, the leaders of the Nationalist Assembly demanded that Portugal interrupt negotiations with Indonesia and take more drastic steps to promote a diplomatic solution to the conflict with UN intervention. The Nationalist Assembly hoped that Portugal’s presidency in the EU would provide greater opportunities for pressure against the Indonesian government to fulfill UN resolutions: withdrawing the occupation troops and conducting a referendum to decide the country’s political future.

In March 1992, the ship “Lusitania Express” sailed from Darwin, Australia, heading for East Timor. On board were human rights activists from 23 countries – including Denmark -, as well as Portuguese political personalities such as Portuguese President Ramalho Eanes. Those on board the “peace ship” aimed to carry out a commemoration of the massacre in November of the previous year. However, the Indonesian authorities did not allow the ship to sail to East Timor. It was forced to another island from which only a few were allowed to travel further.

In November 92, Gusmão was captured by Indonesian troops. He was replaced as commander-in-chief of FRETILIN with Antonio Gomes da Costa, who was captured a short time later. On March 11, 1993, the UN protested against human rights violations in East Timor and demanded access to the country. It took 1 year before the Indonesian authorities granted this permission. Xanana Gusmão had originally been sentenced to life imprisonment in court, but in August 93, her sentence was reduced to 20 years in prison following a comprehensive international campaign.

Reports from the island in early 1994 indicated that every Saturday, family members of killed, “disappeared” and political prisoners met at the central square in Dili to pray and protest. In November, about 100 people were detained following a series of popular demonstrations. Tensions continued and in October 1995, 50-100 people were arrested following three days of riots in Dili.

In early 1996 – just days before the Foreign Ministers of Portugal and Indonesia were to hold their 7th meeting to reach a solution to the Timor question – Amnesty International asked for free access to the occupied country for representatives of human rights organizations. Other reports revealed the inequalities between the situation of the herds and the occupied. 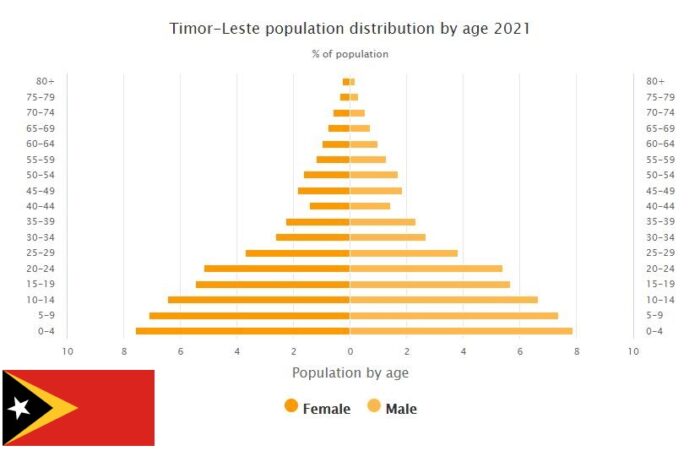