Singapore. In February, the government presented its budget for 1996-97. As it showed a surplus of the order of seven billion Singaporean dollars, according to Finance Minister Richard Hu Tsu Tau, it gave room for reductions in both personal and corporate taxes.

Prior to the January 1997 parliamentary elections, the Prime Minister made a pledge described by the opposition as election pork in the fall: each adult Singaporean was offered the opportunity to subscribe for 500 price-reduced shares in the state telephone company (SingTel). This offer was estimated to cost the government an amount equivalent to approximately SEK 9 billion.

In January 1998, the Singapore dollar continued its free fall against the US dollar as a result of the financial crisis affecting the entire region. In April, Singapore attended a meeting in Washington with a number of other representatives from Southeast Asia, Latin America and southern Africa. The meeting was convened by President Clinton and the G7 countries in an attempt to “strengthen the international financial system”.

As a result of the population’s increasingly poor command of English, in 1999 the government launched a campaign against “singlish” – the special Singapore variant of English spoken in the city state. The “speak good English” campaign sought to reduce the use of singlish containing elements of colonial English mixed with Malay, Tamil and Hokian.

That same year, Singapore played a key role in supporting the region’s weakened economy. The country used parts of its large foreign exchange reserves and trade surpluses to support the Thai bath and the Indonesian rupiah.

The August 1999 presidential election was won by PAP candidate Sellapan Ramanthan Nathan – who was the only one declared eligible. Nathan took over the post in September. the government proposed to transform the country into an “Asian Silicon Valley”. During a trip to India in January 2000, Prime Minister Goh Chok Tong urged Indian experts in technology and informatics to move to Singapore to support the city-state economy.

In April 2001, 2000 people held an unprecedented political meeting, aimed at protesting the government and raising money for popular parliamentarian JB Jeyaretnam, who was close to bankruptcy. It was the first time political activity was allowed outside the election campaign.

In January 2002, Singapore and Japan signed a trade agreement that was considered “historic” for the country because it demonstrated Japan’s obligations to the region. Singapore’s investors gained access to Japan’s service sector with the agreement. Companies based in Singapore are now free to bring money in and out of Japan.

In September 2002, Amnesty International criticized that 22 people had been executed for drug trafficking the year before. Thus, 369 had been executed since 1991. By its size, Singapore has one of the highest levels of death sentences in the world.

The government started two new TV channels to promote sexuality in the country in a desperate attempt to promote fertility. With just 1.24 children per day. woman, the birth rate in Singapore is one of the lowest in the world. One of the two channels offers sexual therapy.

The SARS epidemic in Southeast Asia had a negative impact on the economy of Singapore, but in May 2004 the Ministry of Trade and Industry announced that growth was again positive. This was due to both the low interest rate and the international expansion in trade and investment. Acc. the government is in particular the US, China and Japan pulling Singapore’s economy in a positive direction. 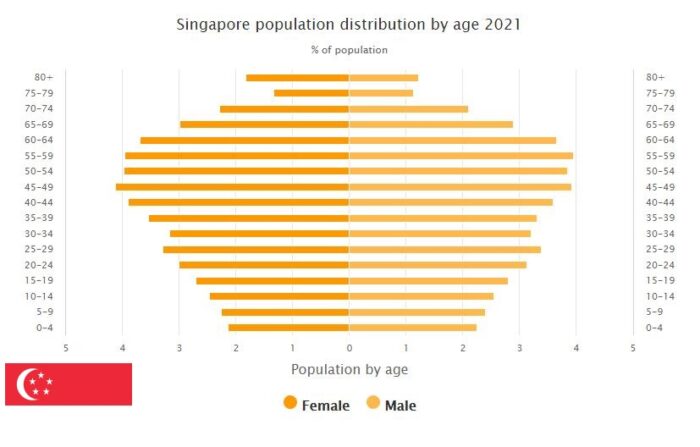