Iran. Who won the parliamentary elections in March and April? Both Iranian and foreign observers were divided in the view of which groupings dominated. Political parties in the Western sense do not exist in Iran, on the other hand, loosely cohesive groupings, but only after Parliament has worked for a while can it be said with certain certainty how many seats and blocks respectively.

The two most prominent political blocs are the Conservative Fighting Priesthood Society (Jameh-e-Ruhaniyat Mobarez, JRM), whose central figure is Parliament’s President Ali Akbar Nateq-Nuri and considered to be supported by I’s spiritual leader Ayatollah Ali Khamenei, and the more Reform Economic Reconstruction Servants (Kargozaran-e-Sazandegi, KS), associated with President Ali Akbar Hashemi Rafsanjani. JRM dominated the old parliament but was considered to have lost the majority in the 1996 elections. However, it remained strong enough to get Nateq-Nuri re-elected as President.

The JRM was estimated to have the support of 110-120 members of the new parliament and KS of upwards of 100. A third group, the holy warrior of the Islamic Revolution, Mujahedin-e-Enqelabi Islam, said that it had 43 members of Parliament’s 270.

A few months after the newly elected parliament began to work, the members formed into two larger groups, the more conservative God Party, Fraksion-e-Hezbollah, whose body was constituted by the JRM, and the more liberal God Party Assembly, Majma-e-Hezbollah, dominated. This was seen by some observers as a first step towards a formalized two-party system.

Iran remains a country on a confrontation course with the western world. In the 1996-97 budget, the equivalent of $ 20 million was allocated to the “fight against US involvement in Iran’s affairs” and anti-American propaganda. The budget line was a direct response to a decision by the US House of Representatives to allocate $ 18 million to fight Iran.

A German court has requested Iran’s security minister arrested for the assassination of four Iranian Kurds in Germany in 1992. Later, fugitive former president Abolhassan Bani-Sadr testified about how the Iranian government let political opponents kill. The writer and editor-in-chief Faraj Sarkoohi disappeared at the airport in Tehran in November when he was to travel to Germany. He was later reported to have been arrested by the security service. The arrest caused a storm of protest in the Western world, where the fatwan (death sentence) against author Salman Rushdie in 1979 still arouses disgust.

Israel has a vested interest in diverting the world’s interest from its war crimes in Lebanon in 2006 and Gaza in 2008/09, and continued unlawful occupation of Palestine. Since 2007, the country has therefore worked to turn the world’s focus on Iran as the most serious threat in the Middle East. However, until 2010, Russia and China opposed the US attempt to impose tougher sanctions on the UN Security Council, but in June 2010 the US succeeded in including these two states as well. The UN Security Council adopted a tightening of sanctions against Iran. Turkey and Brazil voted against, while Lebanon abstained. The reason for Turkey’s and Brazil’s resistance was that it was precisely these two countries that had agreed to a deal that ensured that Iranian uranium was shipped out of the country for reprocessing. This would guarantee,

However, neither the United States nor Israel are interested in a negotiated solution to the nuclear conflict. Both countries and especially Israel are more interested in war. Already 10 days before the Security Council resolution, Israel sent 3 nuclear submarines to the Strait of Hormuz as part of its war preparations. It also announced that from its submarines it would be able to hit any target in Iran with cruise missiles.

For most of the world’s countries – including Turkey and Brazil who voted against the Security Council – the sanctions were incomprehensible. Already in September 2006, at their Cuba summit, the Alliance-free countries declared their support for the Iranian nuclear program, and this support was repeated in July 2008, when the group of 118 countries welcomed the cooperation between the IAEA and Iran.

While Iran does not have nuclear weapons, Israel has over 100 nuclear bombs. While Iran does not attack its neighboring countries, Israel regularly attacks its neighboring countries. While Iran has signed the Non-Proliferation Agreement and is therefore regularly inspected by the IAEA, Israel has not signed the Non-Proliferation Agreement and does not allow the IAEA to inspect its nuclear facilities.

The sanctions are likely to have a rather limited impact on Iran’s economy. The country’s two main trading partners are Iraq and China, and the sanctions are unlikely to affect these trade relations. The sanctions are aimed at the Revolutionary Guard and the import of weapons technology. The most important element of the sanctions is the political one. They must pave the ground for future Israeli/North American military attacks on Iran. These two countries are the only nuclear weapons in the Middle East today and pose a threat to the rest of the countries in the region.

In April 2011, Ahmadinejad removed intelligence minister Heydar Moslehi from the post. A few hours later, however, he was reinstated on the post of Ali Khamenei. The following weeks were marked by intense propaganda by the country’s most conservative religious elite against the president, and only in early May did Ahmadinejad bow to the pressure. The events exhibited the sometimes turbulent political relationship between the country’s spiritual leader and the president. 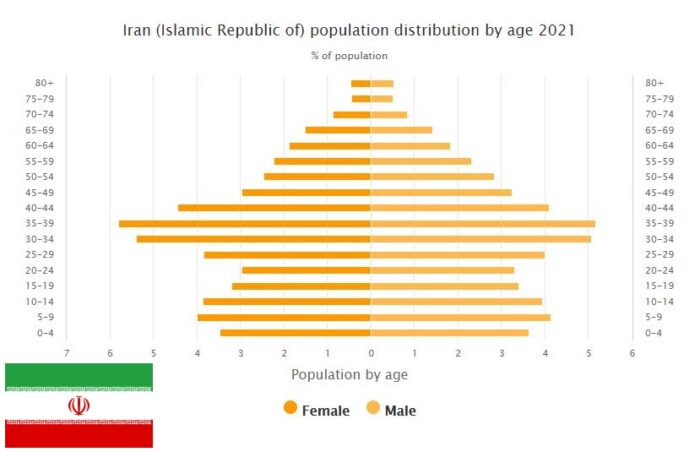